After looking at how LERC compression works last week, I compared the compression ratio and read/write speed for different LERC MAX_Z_ERROR values against other compression methods. I ran the analysis on my desktop computer (which has an SSD) and did the reading/writing with rasterio 1.2.6 (which uses gdal 3.3.0). 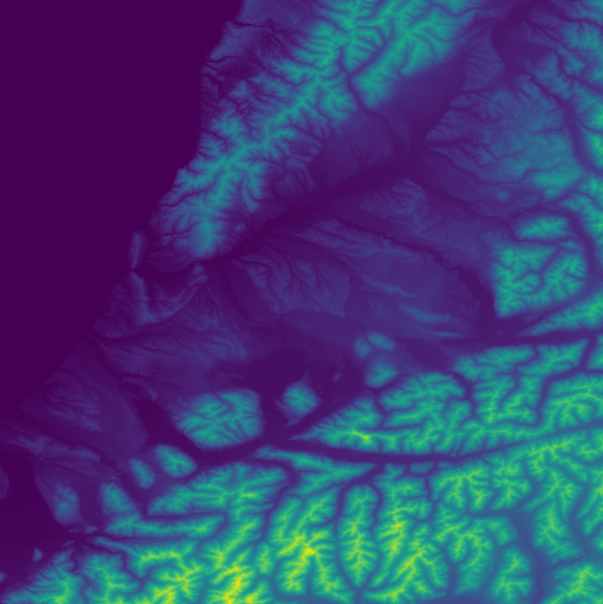 The results roughly align with @kokoalberti’s geoTIFF compression benchmarks. 10 runs were done for each compression method, and the median was taken. Higher is better for all measures.

LERC can be stacked with other compression algorithms: first the data is compressed using LERC, then that result is compressed with a lossless algorithm like ZSTD or Deflate.

The idea is that the output of LERC compression is integers with high autocorrelation, so there is still some signal that can be used for compression.

In practice, I don’t recommend this. Firstly due to support: LERC already has limited support in geo software, and stacked compression even more so. Stacked LERC compression isn’t supported by tifffile, and is only recently supported by rasterio.

But the main reason I don’t use stacked LERC compression is that it doesn’t really help that much. Read and write speeds are strictly worse than LERC alone: for this benchmark LERC+ZSTD is only about 5% slower, while LERC+Deflate was a twice as slow to read and write. Stacked compression does result in smaller files but not by much: LER+ZSTD compressed about 2% smaller than LERC alone, while LERC+Deflate managed 4% averaged across multipole MAX_Z_ERROR levels.