Comparisons of the GPXZ dataset with the Google Maps Elevation API as well as open elevation datasets.

For each comparison area, 500 points were generated equally spaced along a straight line, and the elevation of these points compared between datasets.

Unless stated otherwise, the Google Maps API was called on October 2021, and points were batched up to 512 per request.

Google Maps has some quality issues here: values near the coast are clipped to a maximum of 4m. This is shown by the discontinuity in the scatter plot, and the clipping in the profile beyond 3km. The Google data is also noiser than the GPXZ data, which comes from Geoscience Australia lidar. 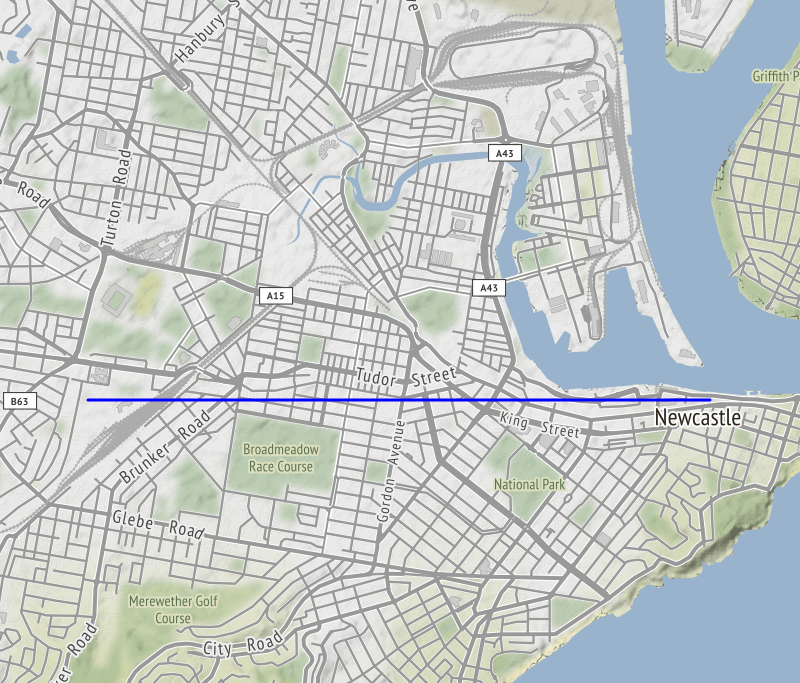 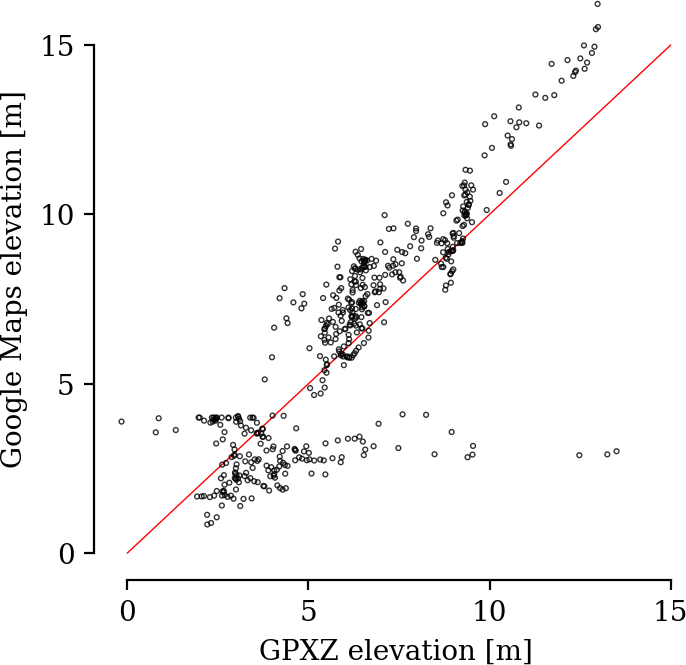 Outside of main population centres Google Maps uses interpolated SRTM, which is outdated and of low accuracy. GPXZ uses the Copernicus 30m dataset in these areas, which has much less noise and is more accurate. 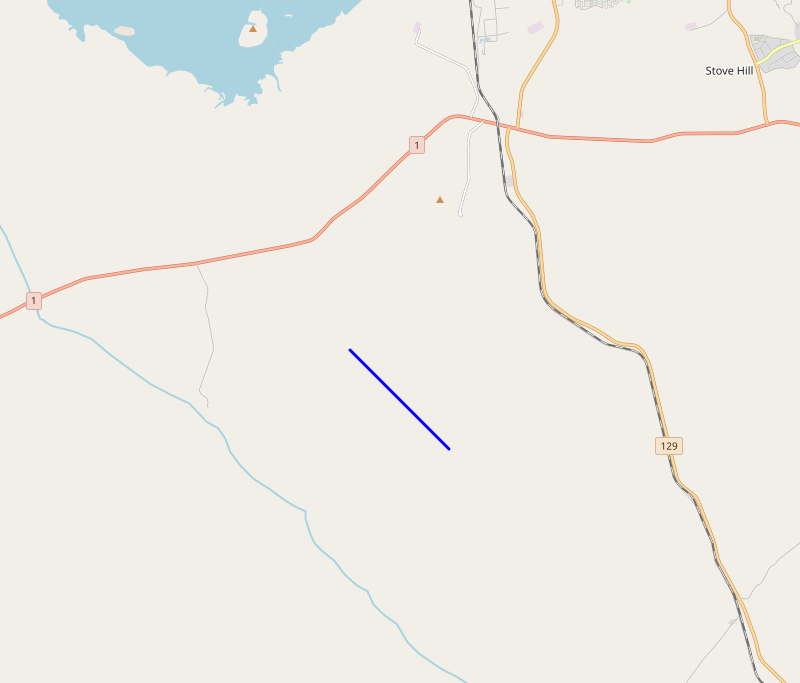 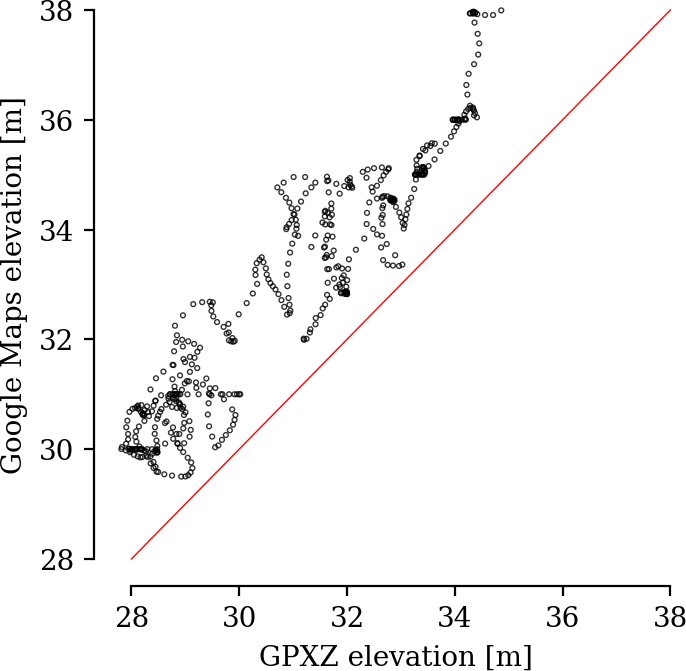 Along the path used, Google data has 3 spurious peaks. There are tall trees in these 3 areas that may be confusing the Google sensors.

GPXZ and Mapzen use the same data source (1m US 3DEP) for San Francisco. The small differences may come from different interpolation methods (Mapzen is downsampled to 30m), or due to GPXZ having more recent data. 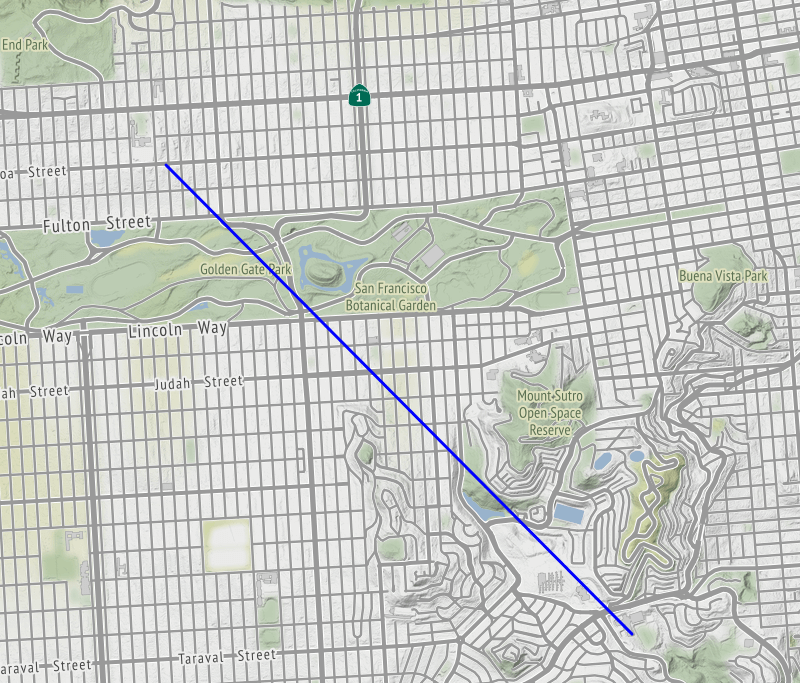 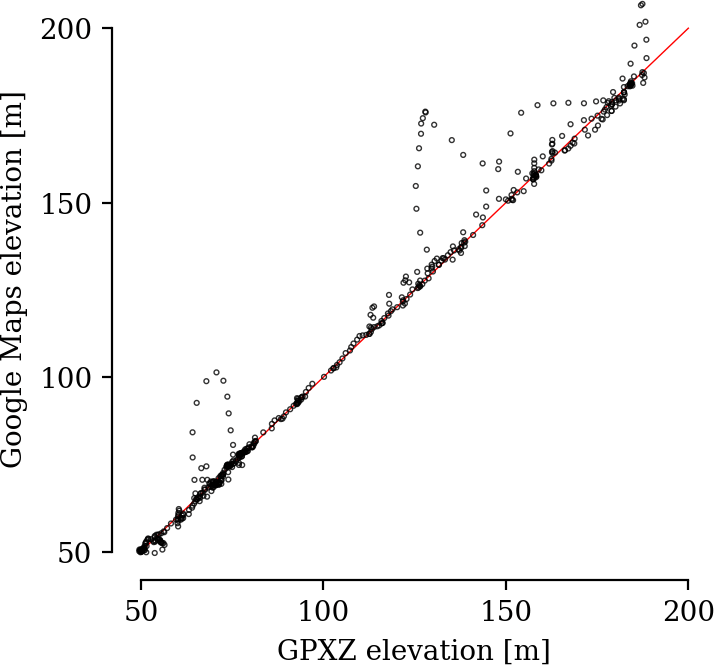 GPZX and Google Maps have similar shapes here, with GPXZ reporting a lightly lower elevation on average. GPZX has a flat elevation profile across the body of water near the start of the path, while the Google data has small perturbations.

At this higher resolution, you can see the artifacts caused by Mapzen being rounded to the nearest integer. The Mapzen elevation profile diverges while crossing the highway: there have been earthworks after the Mapzen dataset was produced which are captured by GPXZ and Google. 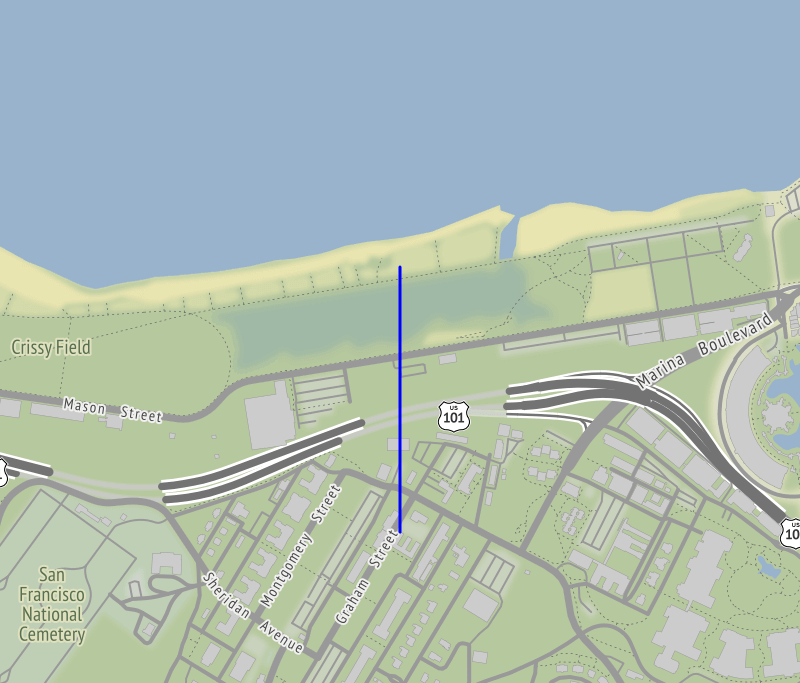 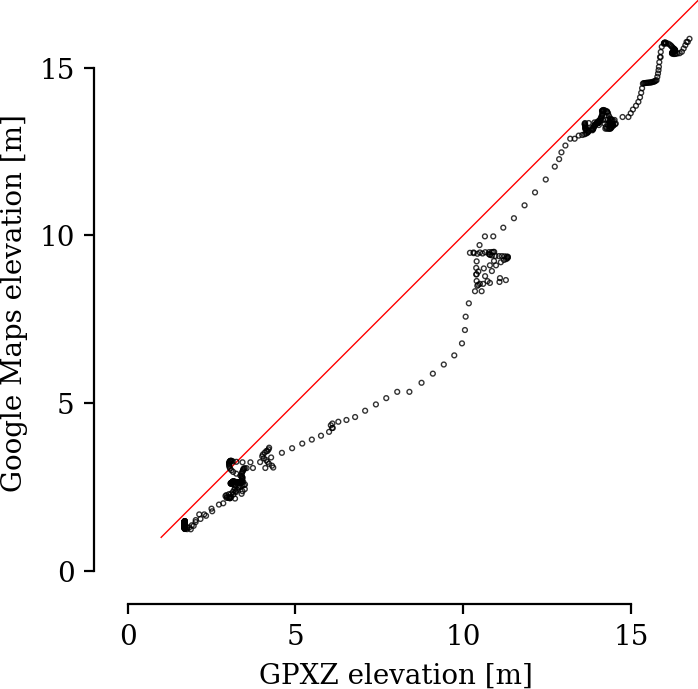 Mapzen and EU-DEM show close alignment as they derive from the same source. 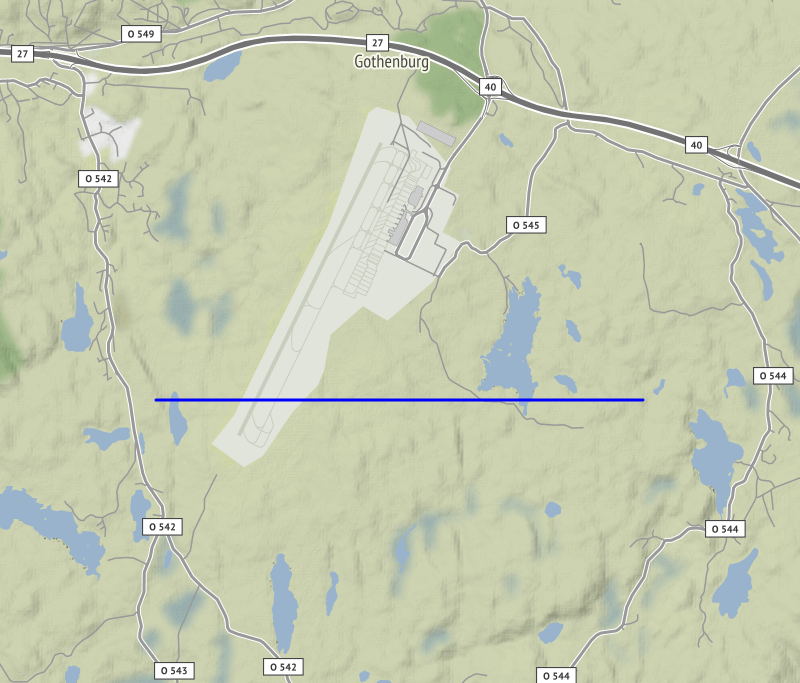 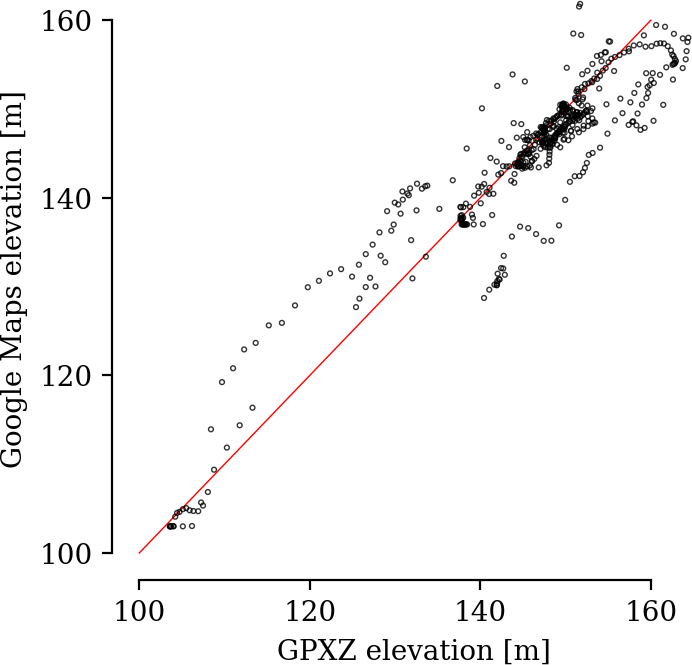